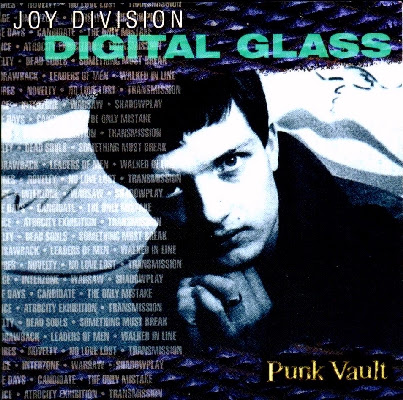 The moment I became a believer in JOY DIVISION, particularly the Warsaw/”Ideal for Living” version of the band, was during my first listen through the incredible “No Love Lost”. This track exists in so many different versions on so many different bootlegs, let me be specific: the version on the “Special Limited Edition Collector’s Item” bootleg – which is a louder, more trebly version of the original track on “Ideal For Living”. It was during that drum break in the middle of the song that I realized what a punk rock powerhouse the original band was, and I sought out many a bootleg of that earlier material in the years hence. “Pearl Harbor!” was my first, and that and the “Warsaw” album were constant plays in my house for a long time. The band was so ferocious in their early years, super raw-ass guitar and terrific playing across the board, and still maintained hints of the brooding, atmospheric mopers they’d become (see the spaced-out ending solo in “Failures”, once of their hottest punk songs). Never been a big fan of “Closer” or “Unknown Pleasures” that much; I can appreciate that later band from a respectful distance but that’s about it (the incredible depresso-fest “Dead Souls” excepted).

“Digital Glass” was put together by the folks behind Punk Vault, a bootleg label that made many KBD collector hearts soar in the early 90s with their CRIME, BAD BRAINS and SAINTS unearthings. It’s no surprise that it hues to the 1978-early ’79 Joy Division, the ones who made “No Love Lost” and my other faves. But this band was also messing around with computers and synthesizers during this era as well, as the bleepy versions of “Transmission” and “Atrocity Exibition” make clear. This CD probably illustrates their straddle between smoking punk act to charting pop band better than any I’ve heard, and by the time you get to the 2nd “Transmission” and “Novelty”, you know this band’s got girls, large stages and Top Of The Pops in at least the recesses of their addled minds. Recommend for sure, but make sure you’ve picked up a few Warsaw items in your shopping cart first.
posted by Jay H. at 2:27 PM