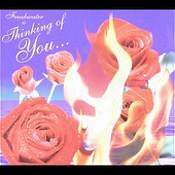 FREAKWATER have been “old reliable” for going on 13 years now. Every couple annum they put out a very good, sometimes great record of rollicking, left-of-mainstream traditional country music that garners big kudos from No Depression quarters and from the odd indie rocker, but exists below the sonar of Nashville & whatever passes for “country and western” these days. They’ve tinkered with the formula just a little, most notably on 1999's often kitschy/novelty “End Time”, but for the most part the band are what they’ve been the whole time. Centered around the core vocalists and songwriters Catherine Irwin and Janet Bean, Freakwater do justice to the high lonesome sound of 1940s-50s country better than any modern equivalent I’ve heard, thanks in no small part to Irwin’s perfect, sad-eyed, seen-it-all vocals. She sounds as if she were born to a life of bitter reflection and regret, and I never tire of hearing her stuff, as it never comes off as hokey or forced the way a GILLIAN WELCH or some otherwise talented alterna-country starlet might. (I like Welch a lot, BTW, I just sometimes wince at her pretend accent and gingham-dress “poor girl” theatrics). “Thinking of You” cuts right to the core of what they’ve done right all these years, and serves it again in 12 fairly unvarying morsels. They’re almost the ideal sort of band for country music record collectors, as you can feel how deeply Freakwater have been cribbing from long-lost 78rpm favorites of theirs like COON CREEK GIRLS and the LOUVIN BROTHERS while remaining just as thankful to HANK WILLIAMS and the road he paved as well. The CD’s full of pedal steel and drawn-out string meanderings about folks who screwed themselves up royally and figured it out too late. I’d call this one of their real good, not great ones, but if you’re hooked on the Freakwater formula already, there’s nothing you won’t find worthy of a good weep in the corner twelve songs after the thing’s done and your beer’s been well drained.
posted by Jay H. at 8:15 AM