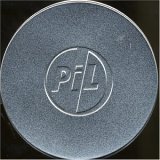 Having more or less summarily dismissed PUBLIC IMAGE LIMITED for many years – notwithstanding the time I saw them live in high school, nor the few songs of theirs I’ve always enjoyed – I’ve nonetheless tried to keep a generally open mind about this record, which I disliked intensely when I first heard it a couple years after it came out. Being a teenager at the time, it was likely a “hey – this sounds nothing like the Sex Pistols” thing, though I never really gave much more than two hoots about them either. Yet every now and again I’d hear a snippet of something like “Poptones” or “Careering” and wonder. Maybe all the hype added up to something. In 2006, I decided to find out for sure. Perhaps it was Simon Reynolds’ use of the band to bookend his “Rip It Up and Start Again” book – though I’m “dubious” of the supposition, let alone the pedestal he puts these guys on. He was positing that PIL’s explorations out of punk and into the great beyond represented the single most representative example of “post-punk” in all its forms. I always figured rock critics who said stuff like that were the ones who barely looked past the Sex Pistols when discussing punk, and whose mental image of punk was safety pins, gobbing and anarchy in the streets. But Reynolds, to his credit, got me to check it out again after 20+ years. Here goes.

I think “Metal Box” is one of the best dance records of the 80s. To call it a “krautrock” or a “dub” record is beyond absurd – it’s dark, understated disco music, with a bleary heap of negativity slathered into every nook & cranny. In fact, when it’s not at its funkiest, it loses a bit of steam – though it’s hard to get weirdo ambient synth instrumental “Radio 4” out of my head now that I’ve been playing this on headphones repeatedly the past few weeks. My absolute favorites on here are “Memories” and “Swan Lake”, which have the same sort of dense, moody qualuude feel of some of the danceable early 80s New York groups (Liquid Liquid, ESG, Bush Tetras), with warbling, unsteady vocals on top. Because of the original wide-grooved 45rpm nature of this set (three 12” in one package), the only way to hear it is in the remastered form, where the static shards of guitar and whomping bass leap out in surroundsound. Of course you’ve got to put up with Lydon’s vocals as well, but one becomes immune after being pummeled with them for thirty years now. I guess Keith Levene and Jah Wobble earned their stripes on this one – lord knows how many times I’ve read of their genius without having any sort of inner soundtrack to validate such claims on my own. I suspect that now that I’ve officially joined their team, I’m only going to continue liking “Metal Box” more each spin.
posted by Jay H. at 9:05 AM