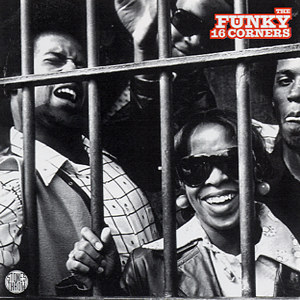 Never thought I’d see the day, but located right here are the limited dates for the FLESH EATERS’ “A Minute To Pray, A Second To Die” 25-year anniversary tour – with the original Chris D./John Doe/DJ Bonebrake/Dave Alvin/Bill Bateman/Steve Berlin line-up, no less. After promising myself I’d travel the coast and shack up in multiple Motel 6’s to make them all, reality and good sense settled in & I’ll be settling for the simple reemergence of the band, April 5th in San Francisco. Come out come out wherever you are......You know what band I’m not that into? I’ll tell you. TOY LOVE, that’s who. I got the promising 2xCD “Cuts” set from this 1979-80 New Zealand post-punk pop act featuring Chris Knox, later of the equally underwhelming TALL DWARFS, and it’s just way too namby-pamby mediocre for me. I love a lot of Knox’s solo stuff & was hoodwinked by the few Toy Love comp tracks I’d heard into going whole hog for the reissue, but it feels like most of their stuff was only halfway there – halfway fuzzy and bent, halfway hooky, halfway weird enough to compete with their excellent NZ peers. Boring, to put it straight.....Not boring is a terrific 2002 compilation of late 60s/early 70s funk and soul that blew me clean away the past couple of weeks – of course I’m talking about Stones Throw records’ “FUNKY 16 CORNERS” compilation, a buoyant collection packed with uncomped instrumentals, dance crazes, and general rump-rockers from across the soul/funk galaxy. It strikes me as being the product of extreme 45rpm collectors, obsessed fellas like you & me who surveyed the landscape of available compilations for their obscure favorites, and reckoned that most of theirs were missing. These are fellas with some regent taste and stellar selection abilities – I suggest you get involved.

Just got word that SILTBREEZE RECORDS has their first web site, 10 years after everyone else got one – nice work! Doesn’t that just make sense, though, considering the label’s niche, loosely described as homemade microscene avant-garage noise art? Anyway, looks like they let a blogger loose on the site – check that noise out here.....Finally, I’m finding the ART FOR SPASTICS radio show to be my home sweet home for learning about the new weird Los Angeles. Yeah, I plugged the show before, but it’s really tapped in to a handful of wacked-out bands from LA, of all places – why, bands that you might even call homemade microscene avant-garage noise art. Of course I’m talking about the SILVER DAGGERS (point alone for cribbing their name from an ELECTRIC EELS song), but also MIKAMIKO, ABE VIGODA, BUSINESS LADY, MAE SHI, and more. Each has a MySpace page, each appears to be sub-22 years old, and soon they’ll all be bigger than Fleetwood Mac, baby. That’s all for me right now – keep your feet on the ground etc.!!!!
posted by Jay H. at 8:44 AM