“ONE KISS CAN LEAD TO ANOTHER : GIRL GROUP SOUNDS LOST AND FOUND” 4xCD box set...... 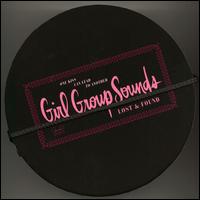 The girl groups of the 1960s were quite the rage with some portion of the hipster cognoscenti around the time THE RAMONES copped a lot of the groups' sound to mix into the raw buzzsaw punk they flat-out invented. After that peak of attention, it’s seemed like only dorks like me and Tony Rettman have cared enough to care – or who can differentiate why these saccharine sounds are so much better than so much the rest of 60’s pop. I don’t know, I just fall for the sound of a gaggle of sassy, smack-talking, gum-smacking 15-year old brats singing about their crushes over booming beats, and I love the craft that went into these records. This 4-CD box set that came out last year packaged in a hat box (!) could be said to be the holy grail of girl group sounds. The folks behind the song selection looked way beyond the hits, and dug into the corners of rare 45s and album cuts to come up with an absolutely stellar collection of songs that keeps up the quality over nearly 5+ hours of music. It’s my favorite compilation of this stuff by a mile, better even than the Ace Records “Where The Girls Are” series, even bettering the French-only “Ultra Chicks” collections for overall song-to-song quality.

“ONE KISS CAN LEAD TO ANOTHER: GIRL GROUP SOUNDS LOST AND FOUND” has got something for every fan of swingin’ lizz-adies. If you dig the lush, sleigh bell PHIL SPECTOR sound, you’re in luck. Love producer’s tricks a la JOE MEEK? Some great ones of that ilk are on here, like the bizarre screecher “Egyptian Shumba” by THE TAMMYS. Dig the mersh stuff? The weird stuff? Bratty white girls? Soulful black girls? Climb aboard. You’re likely to hear a few things you’ve heard before – say, THE SHANGRI-LA’S' “Out in the Streets”, MARY WELLS' "Bye Bye Baby", LITTLE EVA’s “Trouble With Boys” or “Funnel of Love” by WANDA JACKSON (not a representative track on this box by any means) – but you’re also likely to hear some bombshell girl numbers that are super rare and barely/never comped. I've played the frilly knickers off this set and have come up with some previously-unheard favorites you've got to hear, like the motorcycle-accident lament "Terry" by TWINKLE; SUSAN LYNNE's similar plea "Don't Drag No More" (just awesome); "I Adore Him" by THE ANGELS and "Sophisticated Boom Boom" by THE GOODIES (read it about it for years, heard it here first). One that many folks haven't heard but is easily among the Top 10 on here is "Don't Drop Out" by none other than a pre-country & western DOLLY PARTON, with her trademark trill very much in action. It's a whomper. Another of note is the totally wack "Peanut Duck" by MARSHA GEE, featuring godawful quacking and choking noises near the end that scared my son in the car and nearly caused an accident.

Sure enough, virtually every non-"Peanut Duck" song is about boys, and was written primarily for local and national chart action (by the way, it's only the US and UK represented here). I can give or take the colorful "Dear Diary"-style booklet and the goofy hatbox, but packaging boxes these days seems like a gold rush to one-up the last box set to get hauled before the Grammy voters, so expect this trend to continue. Terrific collection, easily the best of its kind, and a stellar jumping off point for these sounds if you might want to get involved with some gum-chomping, toe-tapping, miniskirt-wearing, producer-servicing girls of the 1960s.
posted by Jay H. at 8:41 AM