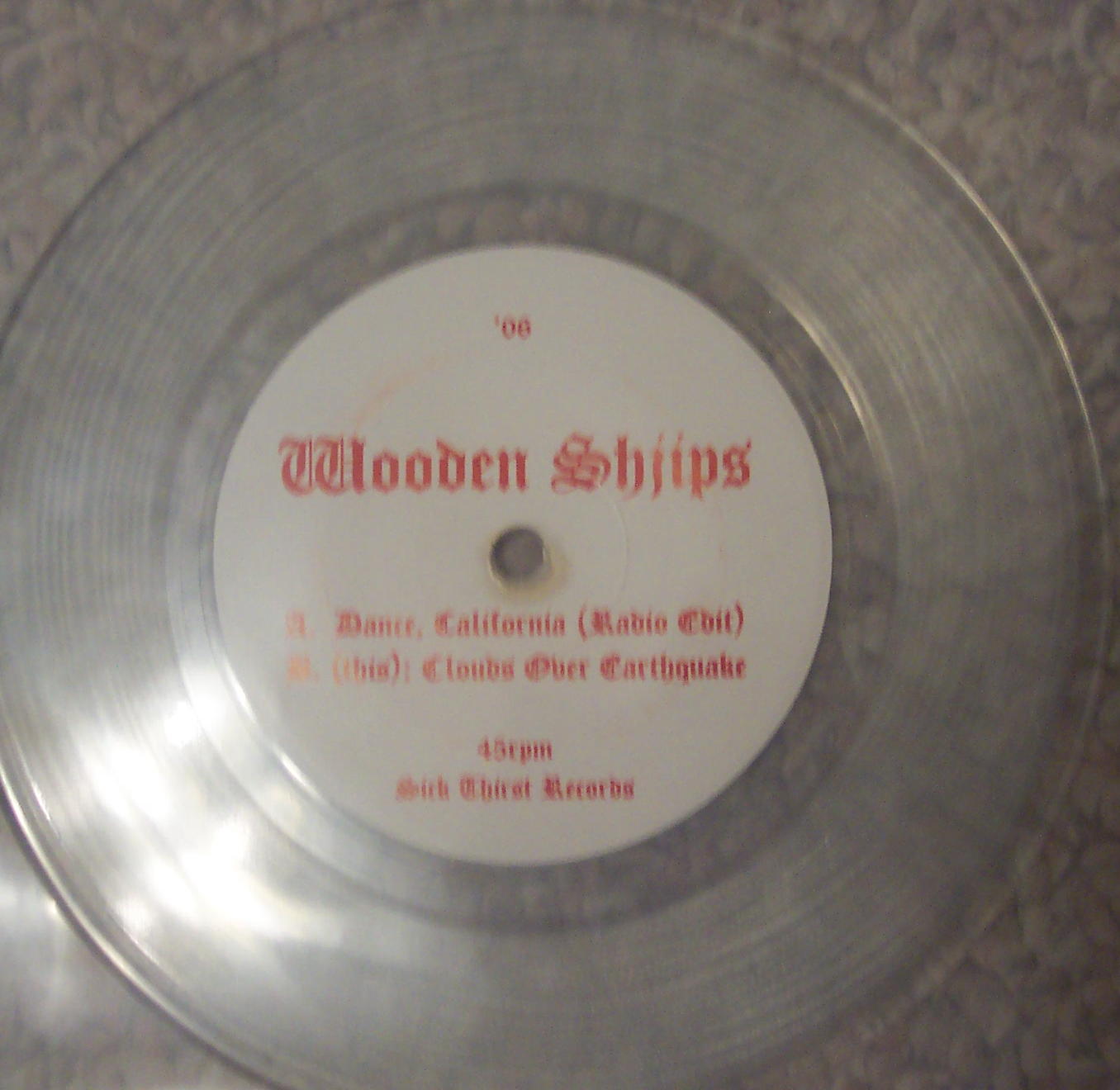 I think a year from now we’re all going to be very tired of any discussions centering around “modern psychedelia”, but until then, WOODEN SHJIPS are the band to beat in that arena. For the second time in six weeks they’ve unloaded a single of raw and frantic psych rumble, this time 50% instrumental & packing a lethal dose of earbleed to boot. The vocal-free “Dance, California” is supposed to be the “radio edit” version, and since it abruptly cuts off at the end, I’ll concede them the point. Like their first record’s “Shrinking Moon For You”, it’s something that could go on for aeons and you’d be so locked in to the deadly vibes you’d have to shaken awake to notice. “Clouds Over Earthquake” reminds me of the old SACRED MIRACLE CAVE 45 from the late 80s, with even more trippiness and a wacked hollowed-out vacuum sound kicking out a harmful buzz underneath the feedback and slow whine. More “Zabriskie Point” than the A-side’s “Satan’s Sadists”, if you know what I mean. The singer, I should say speaker, sounds like a hippie oracle that you’d likely follow into drugged battle, or at least straight into Synanon or the Process Church. And I hate hippies! Just who are these Wooden Shjips, and when are they going to reveal their faces, their live show, and their plan for us?
posted by Jay H. at 8:36 AM