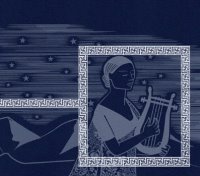 In 1997-98 I got really wound up about REVENANT RECORDS thanks to the wondrous bounty of music they unveiled their first year of existence. These included archival releases to beat the proverbial band from DOCK BOGGS, CHARLIE FEATHERS, The STANLEY BROTHERS and JENKS “TEX” CARMEN. The whole “raw musics” thing struck a deep nerve, as I’ve long felt the same sort of primal thrill from hearing pre-WWII deep-blues and mountain 78s as I do from 1976-78 punk and 1964-67 garage rock of all stripes. It’s the same friggin’ root bark. I contacted Dean Blackwell, the label’s true founder, and he signed up to do a cover story/interview for the never-to-appear 9th issue of Superdope, but I subsequently abandoned the print form and disappeared into music-writing Siberia for a couple years. But Revenant’s still been there year-in, year-out, with one blockbuster package after another. Their pace appears to have slowed to roughly one really big project per year, but wow – the projects are legendary, not the least of which are the CAPTAIN BEEFHEART and CHARLEY PATTON box sets.

This year brings the follow-up collection to one of the label’s very best, the jaw-dropping 1997 collection of rare pre-WWII gospel, blues and country “American Primitive, Volume 1” (mostly gospel as they’re all pretty much Jesus songs of one form or another). This time Our Lord Jesus takes a back seat to secular pleasures and laments in most cases, and there are some real dillys to be found. Why this label matters more than some of the others goes far beyond their award-winning packaging prowess – but hey, for the music dork, that’s almost enough. No, it’s the fact that you’d have thought that you’d have already heard every first-rate blues singer, even the one-78 wonders, and yet, unless you’re a died-in-the-wool collector/archivist, some of this stuff unearthed by Revenant this time is going to blow you clean away. For instance – MATTIE MAY THOMAS. This acapella moaner is maybe the most chilling female blues singer I’ve ever heard, period. Her vocal chords should be bronzed and held up in a giant trophy for all those who wax lyrical about slave songs and the purity of downtrodden cotton-field singers – this woman’s hard luck-n-trouble warbling puts anyone else’s to shame. She’s got 4 short tracks, every one a wonder. And GEESHIE WILEY, where have you been all my life? Well, unlike Thomas, she’s been comped a-plenty, but her “Last Kind Word Blues” is nearly as dark and haunted and weirdly-tuned as SKIP JAMES’ “Hard Time Killing Floor Blues” and I’m just hearing it for the first time this month. Wow. And that’s just the ladies.

Other standouts are liberally spread throughout the two CDs; only a handful can be heard on easily-found CDs from Yazoo or Document. Once you buy this package, head straight for WALTER TAYLOR’s zippy “Deal Rag”; the terrific blues instrumentals from BAYLESS ROSE; a wild breakdown from TWO POOR BOYS called “Old Hen Cackle”, and the two near-comedy blues from (RED HOT) OLD MOSE, especially the joyous “Shrimp Man”. This guy just loves his shrimp. There are a few groaners that test the limits of patience for sure, most notably ranting acapella preacher MOSES MASON – but then, I’m not a god kind of guy. I also think the liner notes, which are beautifully written and incredibly informative, still lean a mite too heavily on the spiritual/higher nature hokum of the Greil Marcus school of writing – the kind that treats these original pluckers and fiddlers as beyond-holy ghosts and phantoms whose everlasting spirits still hover among us today. But there’s truly no need to quibble (it’s just my nature). “American Primitive, Volume 2” is an honest-to-god event worth celebrating and rewarding with immediate purchase, and another deep belt-notch for a label that’s just about run out of room on the belt.
posted by Jay H. at 9:51 AM