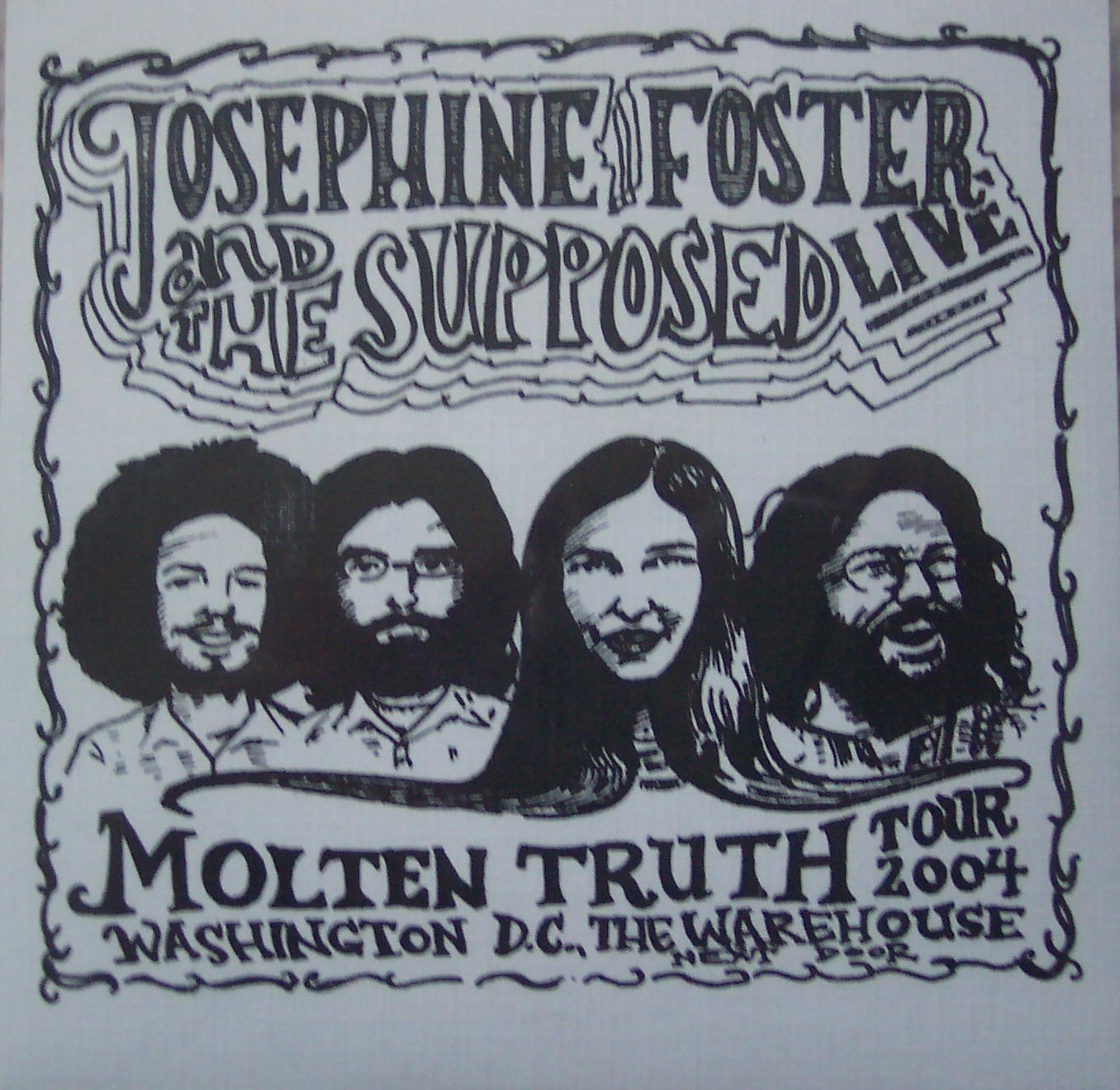 There’s a small raft of CD-Rs from our favorite moderne chanteuse JOSEPHINE FOSTER available via Eclipse mailorder, not the least of which is this fine 2004 full-set live recording in Washington DC of Ms. Foster & her band of psychedelic folk freaks THE SUPPOSED. I picked this up after swooning over their whirlwind “All The Leaves Are Gone” CD & figured, having missed them rocking my town that very same year, at least I could re-live the magic. All told, it’s a hot live set, similar in feel & in function to the studio set – maybe a little less blistering in terms of overdriven, spazzy, shamanistic guitar soloing than on the record, but that stuff always sounds better when it’s live (and you’re loaded). She does a nearly staright-up, in-order waltz through the record, and her voice does in fact go through every imaginable permutation to get to the deep emotional truth at each song's core. At the end, the crowd is rewarded with an excellent "bonus" tune called "End of the Breadline" that's almost a pop song, so much so that I'd better research whether or not it's a cover tune, lest I be caught with my critical pants around my ankles. If you're a Josphine Foster partisan, and I'm willing to bet you'll become one if you aren't already, then this is another fine one to add to your burgeoning collection (and! she's touring the US with BORN HELLER now and with THE SUPPOSED later).
posted by Jay H. at 10:06 AM